Animating in After Effects for 3D

I own a version of Toon Boom Animate and have worked with TB Harmony.  Both have 3D multiplane features.  TB Animate has planes that you can separate into layers but Harmony has planes you can rotate and lay flat if you wanted.  You could build a little 3D house and move around it, which is what I want to do.  Well, I own TB Animate and an upgrade to Harmony is too rich for my budget right now.

So I was a surprise to learn After Effects has this 3D function.  I've been learning to animate in this program and it's pretty straight forward.  You can do some nice hinged puppets by adjusting the pivots and parenting flat artwork together.  There is a way of doing the equivalent of scrubbing through a nested symbol like in Flash or Toon Boom to do lip sync.  This is done through importing image sequences, and you can use it to do a more traditional style drawn animation, but I'm finding it's very hard to edit, but it does have this 3D function like Harmony that I've mentioned.

I thought this would allow me to get the 3d effects I want and save me the cost of upgrading to Harmony but I must be doing something wrong.  I took some artwork from a past personal project and a future piece I'm working on and set them up in 3D using After Effects.  Even in the program as I scrolled through the animation I got planes dropping out or jumping levels.  I thought it might be a graphics card thing but even rendered the planes popped in and out.  If anyone knows a fix for this I would love to know.  It may be a format setting or something because the look is totally different from a rendered TB scene.


First test in After Effects with dropped layers.

I think I have a work around by rendering my 3D elements, in the black and white scenes, it's the wood floor moving in perspective, using After Effects and bringing the sequence into TB Animate where the other elements are separated into planes that use depth only.

Update:  I did get the scene to work in After Effects without layers dropping out.  I had to insure there were not intersections where one layer momentarily penetrated another.
Posted by Joel Brinkerhoff at 2:10 PM No comments:

Here's a link to these great sculptures by Charles Ponstingl.

The site was put together by Mel Birnkrant and tells the story of  how Charles came to do what he does.  There are many interesting pictures so be sure to check them out   I personally would love to one or two or more of these.
Posted by Joel Brinkerhoff at 6:37 PM 2 comments: 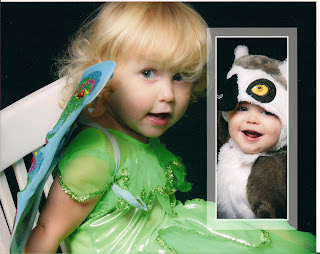 I have the most beautiful grand kids,(seven of them, but who's counting?), and my two youngest are just too adorable. My young grandson is a pleasant and good-natured fellow with a winning smile that reminds me of one of my favorite people, Oliver Hardy. So it was not my intention to play favorites by eliminating my grandson from this group picture taken at Halloween. In fact I think he makes a very good lemur. But just look at my granddaughter. What a beauty, how could I resist not taking this image further? She too was the model for "The Pumpkin Queen" featured repeatedly elsewhere on this blog. 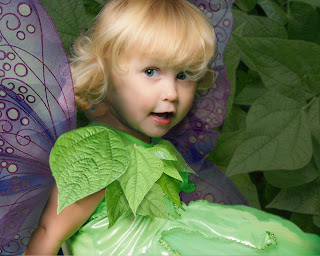 Don't worry, young grandson, your time is coming!
Posted by Joel Brinkerhoff at 4:49 PM No comments: