This relates to my last post about stop motion which mentioned Michael Sporn's blog.  If you bothered to go there he had included an interview with Ray Harryhausen talking about his regret that the skeleton fight in Jason and the Argonauts couldn't be at night.  Ray doesn't give a reason but I agree it would have been more dramatic.  Even so you have to admit it's pretty cool and captures that magic element I spoke about in yearly stop motion films.  Thanks Ray for filling my life with dreams and the magic of animation.

Posted by Joel Brinkerhoff at 1:26 PM No comments:

Above is a link to an article by Michael Sporn about his musings on the sophistication of modern stop motion. He wondered how a master like Ray Harryhausen would fare in the modern world of rapid prototyping and the ability to make stop motion almost indistinguishable from computer animation?  I don’t know for sure but I think Ray would be cool with it. He was certainty trying to make his work as believable as possible with the tools of his day.

I think I know what Michael means though. There is an ‘other-worldliness’ to old school stop motion, particularly when combined with live action, that tickles the imagination. It’s undeniably real and yet something about it is not. It’s magic. That quality Michael mentions caused by shooting on twos or the differences in film grain or lighting which were really unintentional drawbacks in production seem to further push that indefinable magical quality making it more akin to dreams and hallucinations. The very artificialness, (is that a word?),  makes the action more memorable.

A production like “A Nightmare Before Christmas” which used the latest technology like a frame grabber system, (a live frame and a captured frame ), and computers for rig removal, also used replacement faces to give more expression to the puppets.  Even with these improvements the puppets didn't squash and stretch like organic objects and still had that rigidity we recognize as stop motion.

I see the use of computers as a natural progression in film making. The use of rapid prototyping and full color exporting of computer models has forever changed stop motion. The fluid movements and organic distortion of computer animation has spilled over and one wonders if stop motion will become, I fear,  redundant since a lot of it begins as computer models anyway? 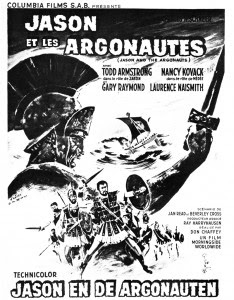