I've been over to one of my favorite sites, ILLUSTRATION ART, and came across these astounding thumbnail sketches by Harry Beckhoff who passed away in 1979.

A fuller article about Harry can be found at my other favorite site, TODAY'S INSPIRATION: http://todaysinspiration.blogspot.com/2010/02/harry-beckhoff-illustrator-you-should.html

Beckhoff's sketches weren't much bigger than a penny, but they are marvelous little jewels.  They served as comprehensive blueprints for  finished illustrations that were ten times larger. 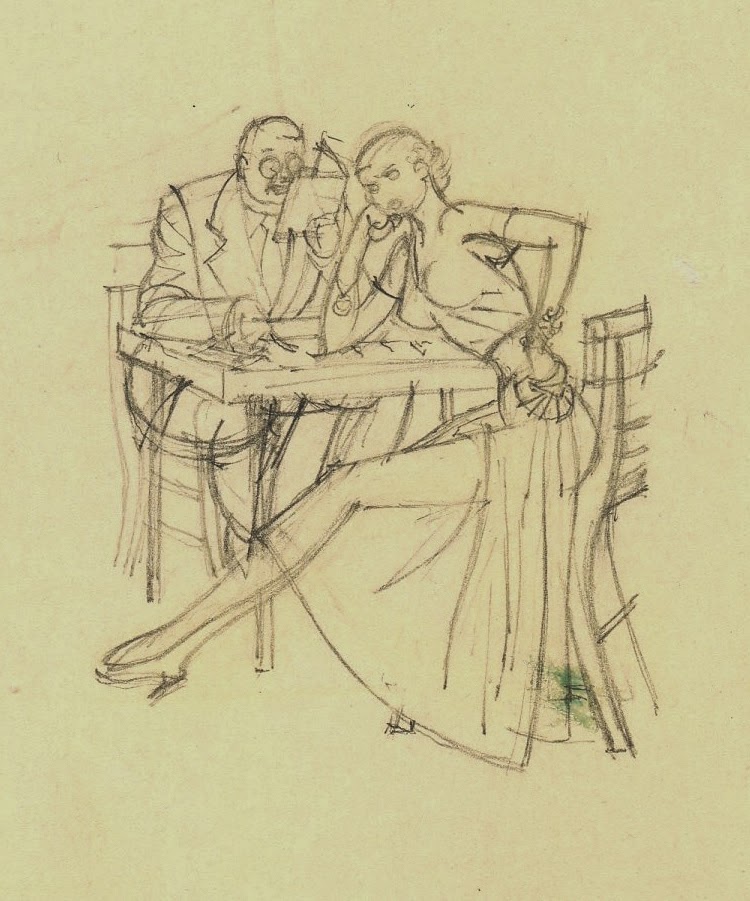 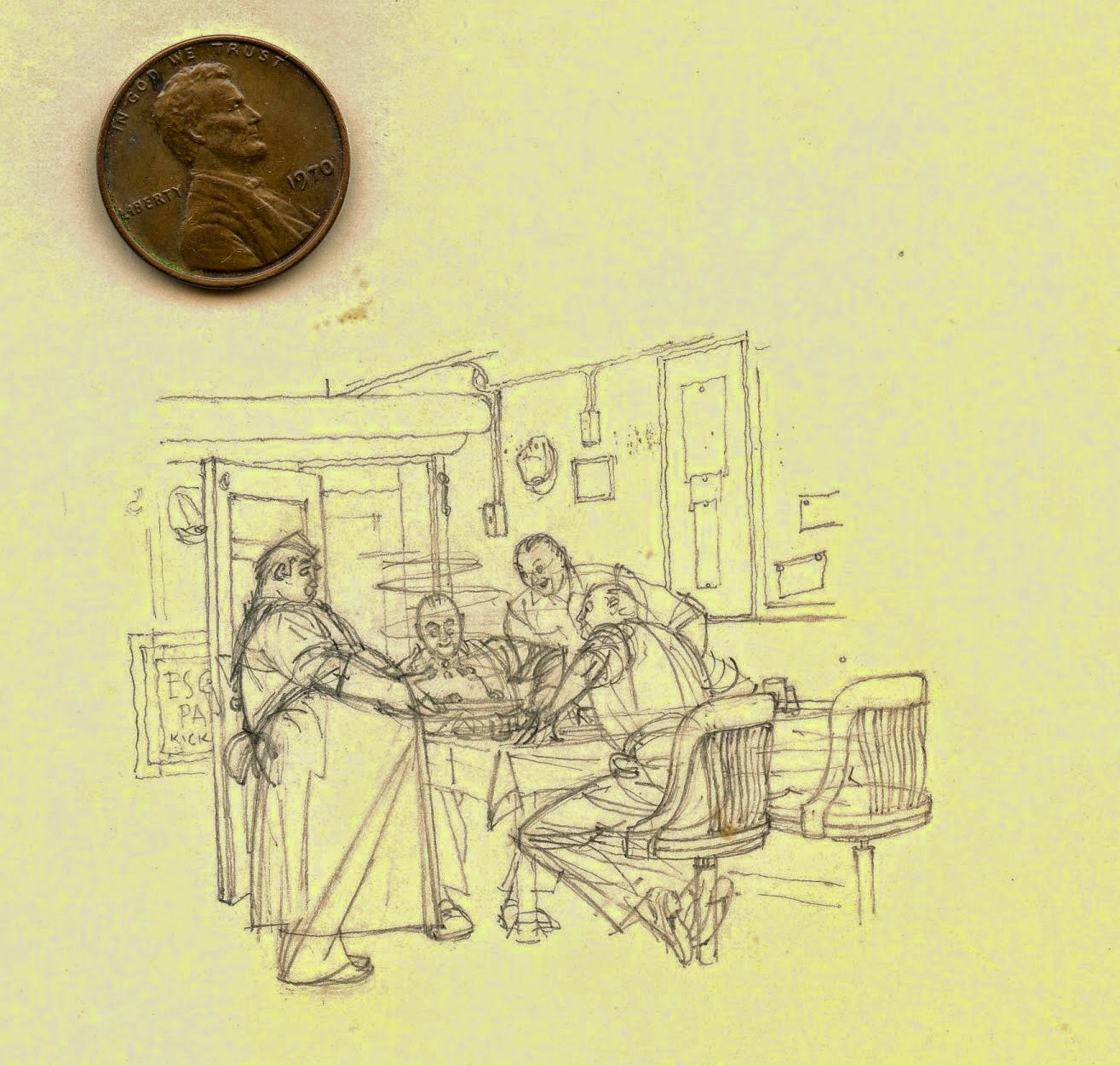 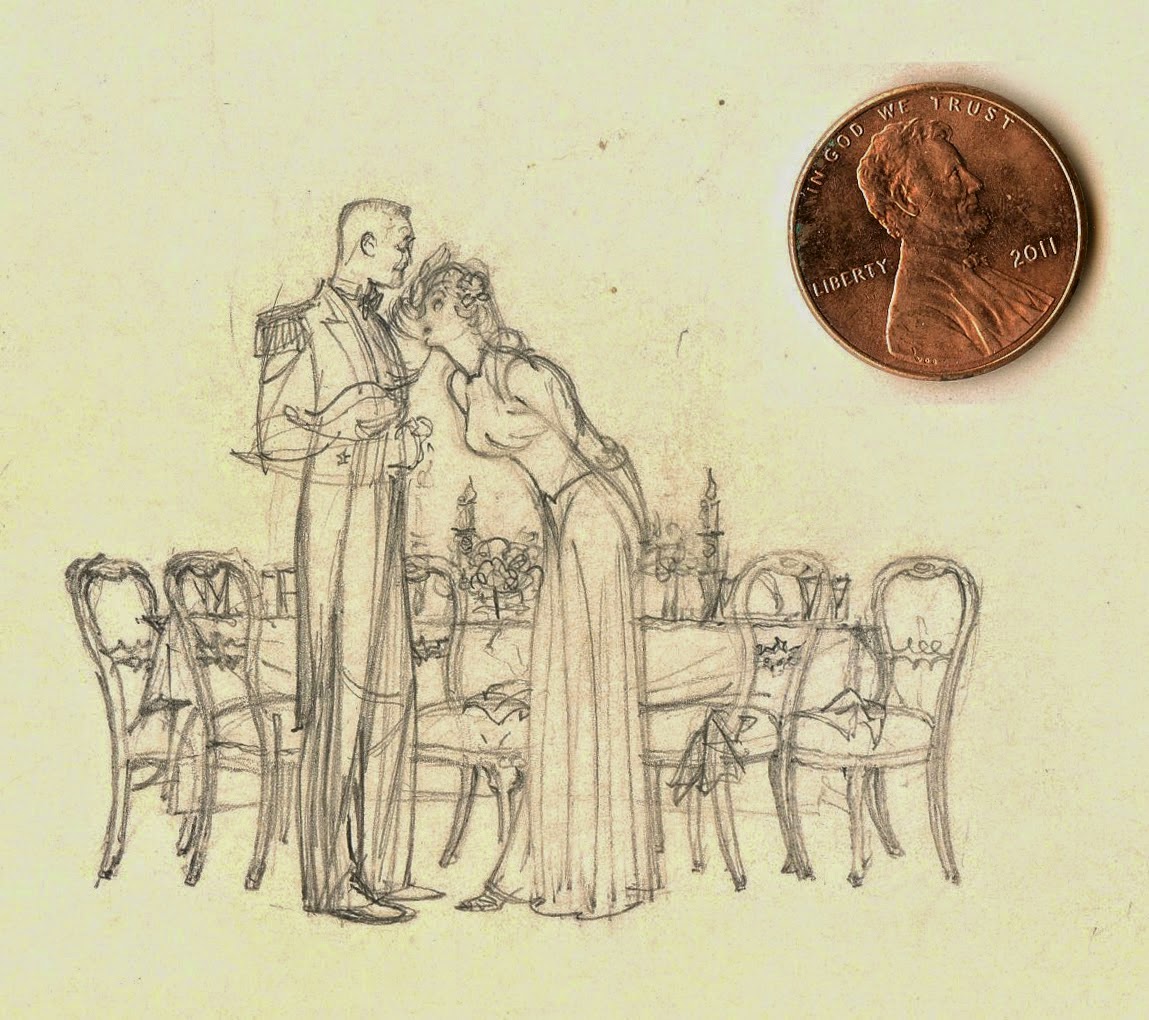 Cintiq vs the Other Guys 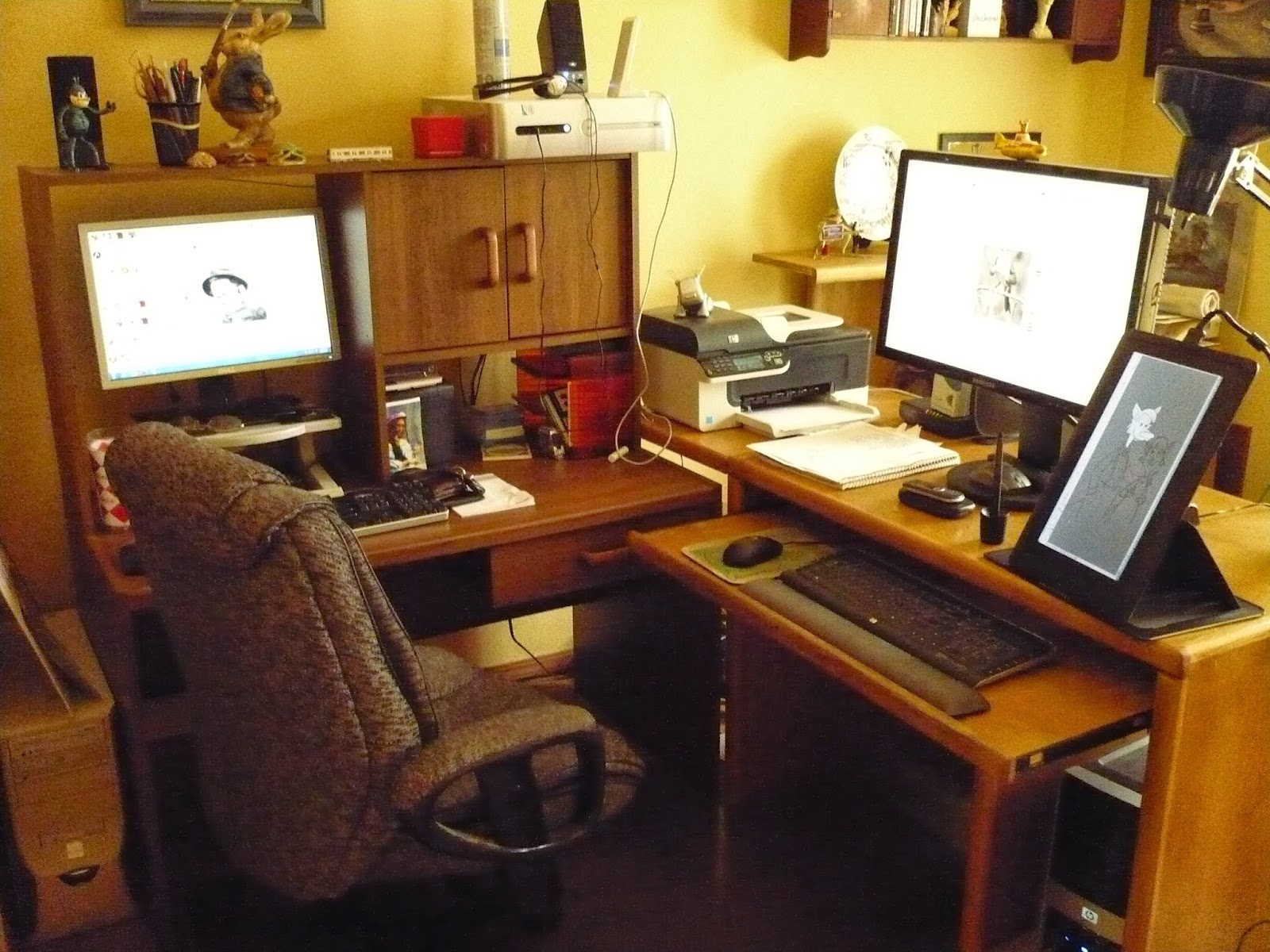 There are other posts on this site about my hunt for a good drawing tablet that would be an alternative to the expensive Cintiq.  Well, it's finally happened, I was forced to make a decision.  I had a job that required detailed drawing and clean up, and needed something fast.  I was playing with the idea of a Chinese model or one from Africa, of all places, but the reviews were really fixed and it sounded like for every happy camper there were more people having regrets.  I had even considered something like a Surface Pro laptop but the drawing space would have been too small and the menus unreadable, although I loved the idea of having another system and not just a drawing device.  After a lot of online digging, I decided on a 13"HD Cintiq.  Now wouldn't that limit my drawing size, you may ask?  The beauty of it is I can use a second monitor and drag all my menus, graphs, tools and reference onto it freeing up my Cintiq just for drawing.  Being HD I can zoom in tight and scroll around for details.  Being so small allows me to pick it up and rotate it around on my lap, which I could never do with a 24".  I think I made a good choice and it does
the job!
Posted by Joel Brinkerhoff at 12:59 PM No comments:

Stoffel Brinkerhoff, The Breaker of Heads


My father once told me a tale about our relative Stoffel Brinkerhoff called the Head-Breaker who supposedly instigated a riot against the Red Coats as they invaded the New York harbor.  According to dad, once the fighting began, Stoffel hid away in a tavern and drank while the fighting raged on.


I lived with this story for years thinking it was true and then ran across two articles that changed my perception.  One was a painting called “The Triumph of Stoffel Brinkerhoff, on His Return from His Conquests in the East” painted by John Gadsby Chapman in 1835.  The other was an article online about an oyster war fought in New Amsterdam written by Washington Irving.

This was the true story of Stoffel Brinkerhoff who was famous throughout the province for strength of arm and skill at quarter-staff, and hence was named Stoffel Brinkerhoff; or rather, Brinkerhoofd; that is to say, Stoffel the Head-breaker.  Apparently he put down a group of men who had laid claim to the local oyster beds, thus allowing everyone to enjoy the delicious seafood once again.

Not quite the story I grew up with but the colorful wording and outrageous names made this a delightful alternative. This snippet tells a part of the triumphant victory as told by Irving.

Here he was encountered by a host of Yankee warriors, headed by Preserved Fish, and Habakkuk Nutter, and Return Strong, and Zerubbabel Fisk, and Determined Cock! at the sound of whose names Stoffel Brinkerhoff verily believed the whole parliament of Praise-God Barebones had been let loose upon him. He soon found, however, that they were merely the "select men" of the settlement, armed with no weapon but the tongue, and disposed only to meet him on the field of argument. Stoffel had but one mode of arguing--that was with the cudgel; but he used it with such effect that he routed his antagonists, broke up the settlement, and would have driven the inhabitants into the sea, if they had not managed to escape across the Sound to the mainland by the Devil's Stepping-stones, which remain to this day monuments of this great Dutch victory over the Yankees.
Stoffel Brinkerhoff made great spoil of oysters and clams, coined and uncoined, and then set out on his return to the Manhattoes. A grand triumph, after the manner of the ancients, was prepared for him by William the Testy. He entered New Amsterdam as a conqueror, mounted on a Narraganset pacer. Five dried codfish on poles, standards taken from the enemy, were borne before him; and an immense store of oysters and clams, Weathersfield onions, and Yankee "notions" formed the spolia opima; while several coiners of oyster-shells were led captive to grace the hero's triumph.
The procession was accompanied by a full band of boys and negroes, performing on the popular instruments of rattle-bones and clam-shells, while Anthony Van Corlear sounded his trumpet from the ramparts.
It is moreover said that the governor, calling to mind the practice among the ancients to honor their victorious generals with public statues, passed a magnanimous decree, by which every tavern-keeper was permitted to paint the head of Stoffel Brinkerhoff upon his sign!

I kind of liked my fathers’ version better, but if you feel inclined you can read the rest here: http://en.wikisource.org/wiki/Knickerbocker%27s_History_of_New_York/Book_IV/Chapter_VI

Posted by Joel Brinkerhoff at 10:51 AM No comments: