I’ve wanted to tell you this for years. You are doing yourselves a big disservice every time you single frame through your animation. I understand you probably want to get your moneys worth and are checking to see how much movement you’re getting but each time you panic and say on frames 100 through 103 the character is ‘off model’ or only the whites of the characters eyes are showing on frame 30 and want fixes, you weaken your animation. Please play the scene at speed and see how it feels. Many times those distortions are intentional and as knowledgeable as using terms like ‘off model’ sound there are other terms like ‘squash and stretch’ and ‘smear’ which are real phenomenon observed from the study of organic life. Smear is really a technique simulating the blur caused by a fast moving object caught on slow speed film but it’s a great method for snappy actions. These are tools the animator uses to impart life and by removing them you instill a plastic rigidity into your characters that makes them that much more lifeless. Many times you react to your changes even more negatively and want to restage the action because now it’s not working for you. Trust me, try watching your dailies at speed and stop the habit of single framing through the animation. If there is a real problem it will leap out at you. Remember people will not be watching this one frame at a time and believe that the animators love their media and want it to look as good as possible for you and for them selves.


A few stills showing the 'smear', from Disney and Warner Bros. 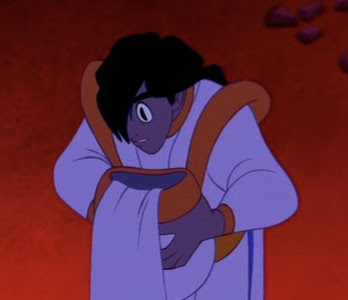 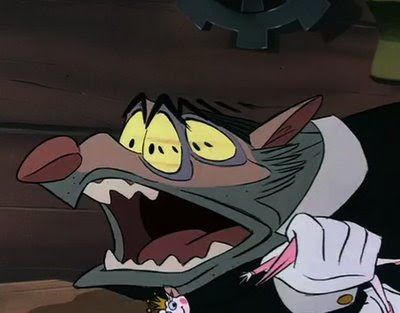 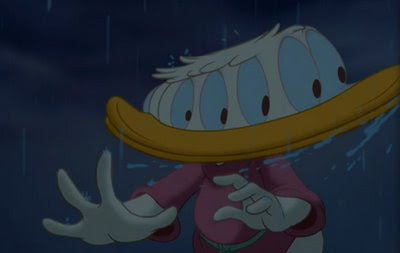 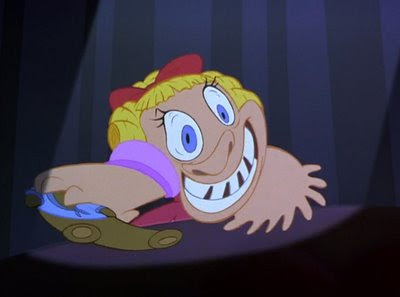 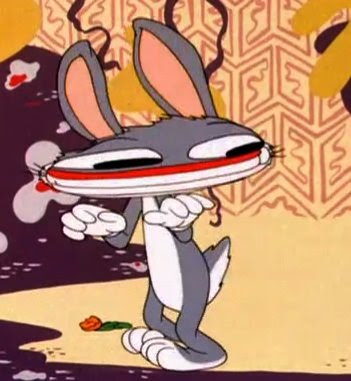 I've had some great opportunities and Cartoon Brew did a posting that made me dig out a piece of my past. Brew mentioned "Marvin the Martian in the Third Dimension", one of the first stereoscopic theme park attractions done in the early days of computer animation. I've included the trailer that sparked the CB posting below.

I did some character rigging and animated the 'Instant Martians' and some of the dog K9 and Marvin. From that came an amazing crew jacket that is a real flight jacket with cool embroidered patches. Sorry about the poor photos but these patches are on the arms, front and the big patch of K9 and Marvin fill almost the entire back of the jacket. The label with Bugs shows its a limited edition and was made for the Warner Bros. Movie World attraction which opened in 1996 at Bottrop Germany.

I love this jacket but am too embarrassed to wear it. 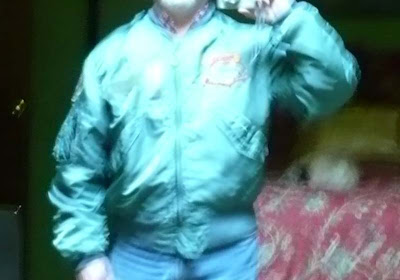 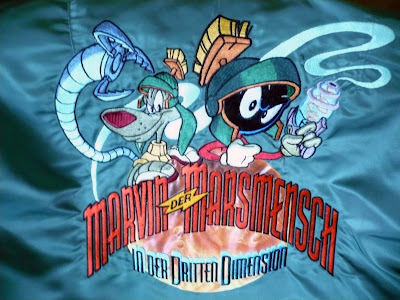 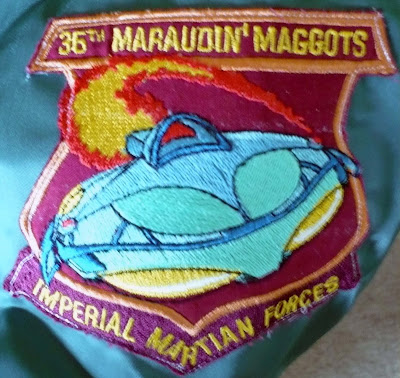 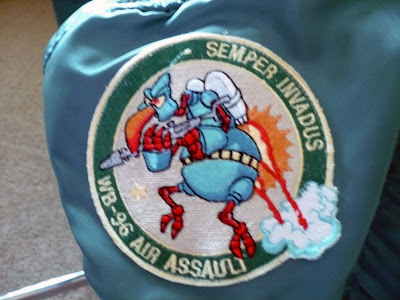 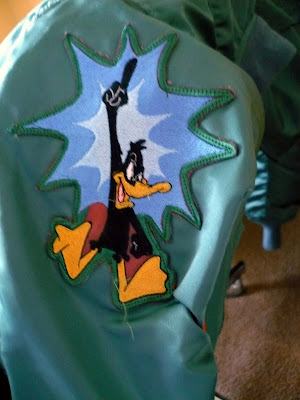 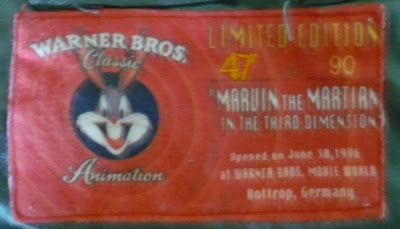 UPDATE: Someone has posted the entire show on YouTube. It's not in 3D and I don't know how long it will stay up before taken down, but it's all there.
Posted by Joel Brinkerhoff at 11:30 AM 2 comments:

Here's a couple of commercials I helped animated using the character El Tabador. The work was done at Bent Image Lab and was a lot of fun. I've also included a fight scene I did for the interactive web site they have as part of the campaign. El Tabador is a cool little guy and I hope they do more with him, (and I'll get to work on it).


Posted by Joel Brinkerhoff at 7:41 AM No comments: