I wouldn't have believed it but people have posted bits of “Hellzapoppin”, the movie I mentioned in my last posting as the inspiration of the projectionist gag 12 years later in “Duck Amuck”, on YouTube. Watch this opening and I’m sure you’ll agree there was some cross-pollinating going on between toons and comedians. Thanks Rockhead for turning me on to this movie!

Posted by Joel Brinkerhoff at 10:52 AM No comments:

Origins of a Toon

Speaking of Jones, here is a piece I wrote of what I think were the origins of "Duck Amuck". Cartoon Brew had posted it awhile ago but I thought I would re post it here:

DUCK AMUCK
Indisputably Chuck Jones and Michael Maltese created the 1953 classic cartoon “Duck Amuck,” but the ideas and comic bits were around for a long time before they brought them to new light. The springboard seems to be Buster Keaton’s 1924 masterpiece “Sherlock Jr.” In it we find the continuity gags of changing backgrounds and props pulled and replaced. Next, a very specific split-frame gag can be traced to an obscure 1941 Ole Olsen and Chic Johnson adaptation of the play “Hellzapoppin.” Director H.C. Potter continually broke the fourth wall in this self-referencing farce, and created a projectionist joke where the film became stuck with the framing splitting the screen. The characters comment on their condition before the supposed projectionist can make the correction twelve years before Daffy found himself in the same situation.
Posted by Joel Brinkerhoff at 10:55 AM No comments:

I haven’t watched all eight parts yet but this looks like a good documentary on Chuck Jones posted on YouTube. The whole thing can be found here with a little digging: http://uk.youtube.com/profile_videos?user=KindOfMonty&p=r

I love Jones as a director but I’ve often wondered if he would have been as successful without Michael Maltese as his writer? I look at all the best loved and academy winning cartoons Jones did and they all were written by Maltese. I think it’s kind of like The Beatles. They were all talents individually but together they made history. Too bad you never hear much mention of Michael.

Posted by Joel Brinkerhoff at 8:43 AM 2 comments:

I let some friends listen to my album of original music which I recorded on my off hours. I’m not much of a musician and play by ear but the response has been flattering and I’ve been compared with The Gorillas, Wean and even The Beatles. I did intentionally try for a Beatle sound sometimes and even did a mock cover which no one has seen till now. Just having fun, folks. 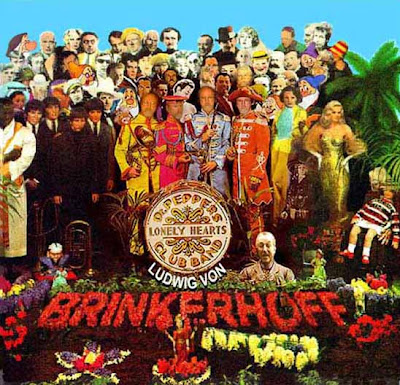 I probably shouldn’t post these tests. People might get the idea I’m showing finished stuff but I’m just playing. This was a test using Flash and the drawing tools aren’t very good. I do like the onion skinning though. I’m drawing right in Flash using my Wacom tablet.

Posted by Joel Brinkerhoff at 1:31 PM No comments:

Well well, look what turned up on YouTube. Someone has posted a sequence from "The PJ's". It's a little dark, (maybe that's a good thing), and unfortunately happens to be a whole sequence that I animated. Tarnell's lip sync doesn't match in some spots because he originally made references to "The Dating Game" and the lines had to be changed. And no, I did not post this on YouTube.

“The PJ’s” was a prime time stop motion sitcom fathered by Eddy Murphy and Ron Howard after watching "Thunderbirds". It was 'gorilla animation' on a tight schedule with an unbelievable daily frame rate numbering in the hundreds. We shot on 'ones' at 24 frames per second.

Posted by Joel Brinkerhoff at 7:30 AM 2 comments:

The Art of RATS! 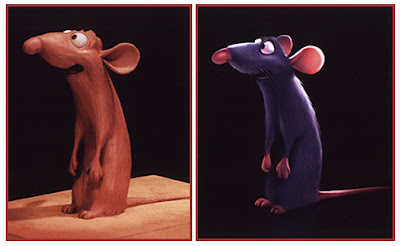 Jim Hill has posted a nice article about Karen Paik’s book, “The Art of Ratatouille”. He says in the book there are bits and pieces of what the original director and creator Jan Pinkava was doing before Brad Bird took over, and of course glorious production pictures.

Check out these murals that did make it into the film and cover the walls of Gusteau’s. Also here are title card ideas that show the film was originally going to be called “Rats”. And last this beautiful clay sculpt next to the cg version of Remy.

Images are property of Disney/Pixar
Posted by Joel Brinkerhoff at 8:32 AM No comments:

I know what I want for Christmas. Cartoon Brew just posted an article on the new book by stop-motion master Barry Purves. You can pre-order it in a few weeks from Amazon and Focus Press. For more info, check out Cartoon Brew.

I never got the chance to work directly with Barry but I did attend a class he taught at WVP. He's one strange guy, but an amazing artist. 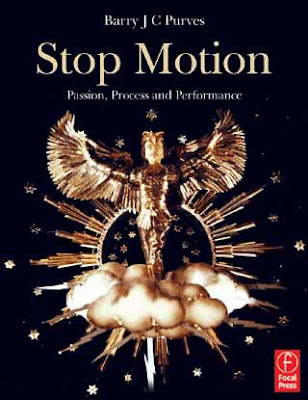 Posted by Joel Brinkerhoff at 7:46 AM No comments: 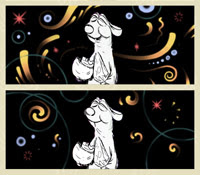 I’ve already mentioned the great visual nuances in Ratatouille like Ego’s coffin-shaped room. Now animator Michel Gagne has posted his work and how he accomplished the wonderful food tasting visualization sequences that really impressed me with the inventiveness. Let’s keep cartoons visual! Check it out here:
http://www.gagneint.com/Final%20site/Animation/Pixar/Ratatouille_main.htm
Posted by Joel Brinkerhoff at 11:23 AM No comments:

Up until then, Travis had been just another young, obsessive animator at Will Vinton Studios in Portland, Oregon. He spent his days mostly alone, posing his delicate puppets or creating computer graphics for ads and a short-lived TV series, hoping for another show, maybe his first film. A humble life near the bottom of the ladder. Today that would change. Travis was taking a seat on Vinton's board of directors, a body he'd always thought of as some kind of secret society. He was 29, with no experience as a manager and only four years as an animator, his first real job. Ever.

Thus begins the unusual tale of a father and son teaming up to ressurected a failing animation studio.

The link above takes you to an article that talks about the birth of Laika from the rubble of Will Vinton Studios. It's sad for me to read because it involves events that touched a lot of my friends, yet it's good to know another studio is born. It also shows how precarious a situation it is for the new studio and for the Knight family. I sincerely hope "Coraline" is a monster hit for them.
Posted by Joel Brinkerhoff at 8:57 AM No comments: 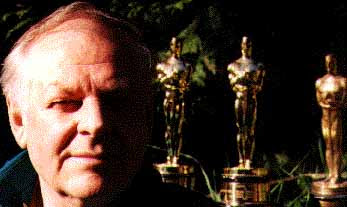 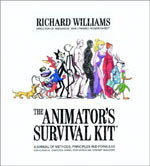 Of course I met him afterwards and got his autograph. A few of my mates did better and had dinner with him later. They say he and his wife are great people. I believe them.
Posted by Joel Brinkerhoff at 8:52 AM No comments:

A great documentary on Tex Avery has surfaced on YouTube: http://www.youtube.com/watch?v=QQkUmkWhXQY&eurl=http%3A%2F%2Fclassicanimation%2Eblogspot%2Ecom%2F

You can also see all five parts on Animation ID here: http://classicanimation.blogspot.com/ 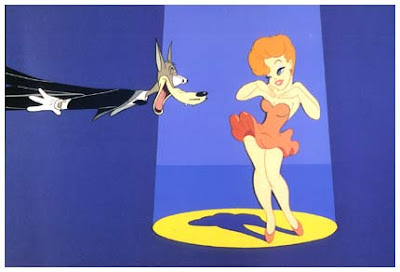 Posted by Joel Brinkerhoff at 8:37 AM No comments: