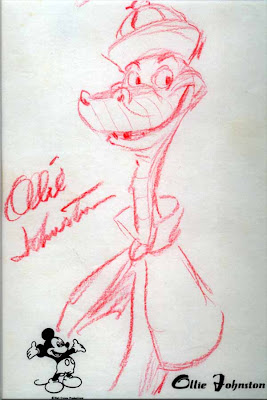 Today is not only Halloween, I learned from Cartoon Brew that it's also Ollie Johnston’s 95th birthday! Happy Birthday Ollie, and thanks for everything!

Here is my personal drawing given to me during a two week visit with Ward, Frank, and Ollie back in '79.
Posted by Joel Brinkerhoff at 3:33 PM 5 comments: 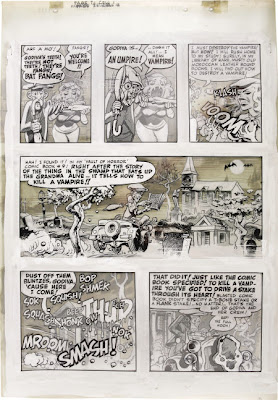 Happy Halloween. Here’s a piece of art from one of my favorite artists, Wally Wood. The picture and description come from Heritage Auction Galleries.

Wally Wood - Three Dimensional EC Classics "V-Vampires," page 7 Original Art (EC, 1954). For EC's debut into the 3-D craze, four fan-favorite yarns, one from each of the titles, Mad, Weird Science, Frontline Combat, and Crime SuspenStories, were retold in this one-shot, published in the Spring of 1954. Offered here is page 7 of Wally Wood's reworked version of the Mad #3 classic, "V-Vampires." The art is rendered on Craftint paper and four pieces of acetate, each piece having art and consecutively numbered pages. The five pieces were then stacked together, with eye-popping results. The 3-D effect is striking, and then there's added attraction of the voluptuous "doll" -- a Wood specialty. Aside from some mild aging of the acetate and some very minor paint loss, this art is in Excellent condition.
Posted by Joel Brinkerhoff at 12:30 PM No comments:

Fears of the Dark

Posted by Joel Brinkerhoff at 5:25 PM No comments: 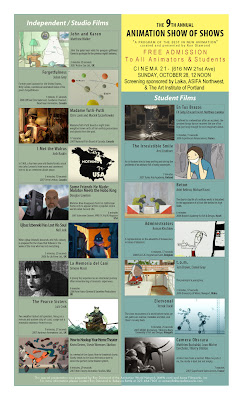 I don’t know who declared it but today, Oct 28th, is International Animation Day. And to celebrate, a grand collection of films was shown at Portland Cinema 21. Thanks to all for a splendid program. I hope this becomes an annual event. Check out the play list of animated fare.

Click on image to enlarge.
Posted by Joel Brinkerhoff at 4:24 PM No comments: 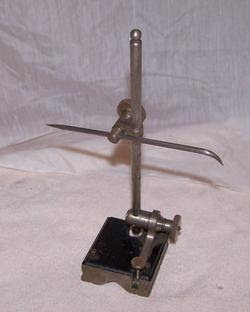 Stop-motion as a viable art form owes a debt of gratitude to Will Vinton’s Claymation Studio. In its walls the advancement of the ‘frame grabber’ was taken to new dimensions filmmakers hadn’t known before.

Traditionally, animators in the stop-motion field were limited to the tedious use of the 'surface gauge' to get an incremental idea of where their characters were going.

A surface gauge is a long metal rod mounted vertically to a base with another rod sharpened to a point attached horizontally. It has screws allowing the horizontal arm to be slid up and down and in and out along the vertical rod and allowing the vertical rod to pivot in an arc from its mounting on the base. It is generally used to find the center of round section material and scribe parallel lines on metal stock.

Who first applied the surface gauge to stop-motion is lost to history but it was the standard tool by necessity for masters of the art like Willis O’Brien and Ray Harryhausen.

A point on the puppet, say the top of its head, would be picked and the sharp tip of the gauge lined up with it. Then the gauge would be moved slightly and the puppets head would be reoriented to the gauge. All parts of the puppet would be treated in fashion until the desired pose was found and then the gauge was removed and a single frame of film shot. The whole process was repeated until the scene was completed. More often than not it required total concentration with no breaks to do a scene. An interruption might cause the loss of tracking which appendage was moved last and the internal rhythm of the animators’ vision for the movement to be thrown off. Imagine Harryhausen animating his many headed dragons or army of sword swinging skeletons!

Gauges were used early on at Claymation but the sharp point was not conducive because of clays tendency to mare and be damaged. Someone had the bright idea of using cheap video cameras and monitors to track animation. The video camera was set on a tripod against the film camera body with the lens angled beside the film lens to approximate the film camera view. The monitor showed the approximate scene and the animator would use water soluble pens of various colors to trace the silhouette of the puppet onto the screen. Then minute moves could be made to the puppet and on the monitor the animator could judge how big the increments made were from the displacement of the puppet to the colored outline. When happy with the new arrangement a frame of film was shot and a new tracing begun. This actually worked quite well and the resulting tracings on the monitors were wonders of kinetic art before they were wiped down with a wet rag and redrawn upon. Sometimes someone would inadvertently use a permanent pen and rubbing alcohol might take off the tracing if you were lucky and discovered it in time.

As well as this worked there were still times when an animator would be surprised at the morning screenings by the discrepancy between the performance on the projection screen and what they saw on the monitor. A parallax problem sometimes came from having the video camera vantage point too differently from the film lens. The monitor screen image is two dimensional and the puppet is moving in three dimensional space. A wrong angle on the video camera could turn your wonderful arcs and body poses into awkward gestures and stair stepped sweeping motions that chatter instead of flow. The best results came when you were using a video tapped camera which looked directly through the film lens and gave the exact view with no distortion.

Drawing on the monitor was a great development and proved to be quicker than the surface gauge. You had the advantage of seeing a global representation of the puppets movements and could even take a break without too much confusion as to what was last moved. But a new advancement came along that probably saved stop-motion from extinction: the wonderful frame grabber.

A method for capturing a video image was developed that allowed the animator to toggle between a captured image and a ‘live’ image. The moves to a puppet could be gauged by flipping between these two images. It gave a pretty good indication of how things were developing but still water soluble markers were used to map out arcs and spacing on the screen, only now a series of dotted lines would suffice instead of whole body tracings.

A better development came by using the alternating fields of a video image allowing the storage capacity of a frame grabber to jump from one stored image to sixty four. At twenty four frames per second this was just eight frames shy of three seconds worth of animation. Better yet the captured images could be played back at speed and even looped. Now the animator had a way of toggling between the live and captured images and a way of seeing more than two seconds of performance played back at speed. This was a tremendous help and a great tool but the grabbers themselves were huge pieces of hardware loaded onto rolling carts and took up considerable space on an already crowded set. The advancement in computer chips allowed the grabbers to shrink in size and grow in storage capacity until they were about the size and shape of a lunch box and had the ability to store over a hundred frames.

Modern grabbers can support sync sound and over 14 minutes of captured images! 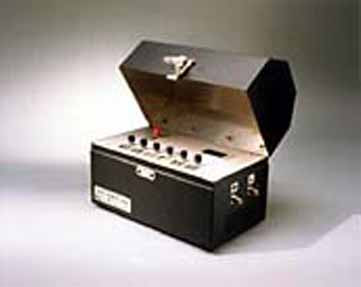 Update:  Now there are many free soft-wares available on line that interface with digital cameras you can use as frame grabbers.  Also the professional version of Dragon Animate has excellent onion skinning and planning features to draw arcs and plot increments.  By working digitally you can edit bad frames on the fly.

Posted by Joel Brinkerhoff at 10:52 AM 5 comments:

Here is a sneak peek at some of the backgrounds used in the new version of The Mr. Men Show. It’s based on the original Mr. Men and Little Miss books created in the 1970s by Roger Hargreaves, which have sold in excess of 100 million copies worldwide. The styling is great and the flat characters ‘read’ really well against these textured backgrounds. I personally am enjoying animating on this project and feel it’s going to do very well. Here’s a link to the official website: http://www.mrmen.com/ 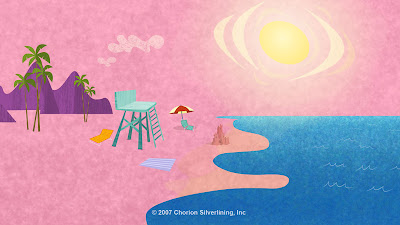 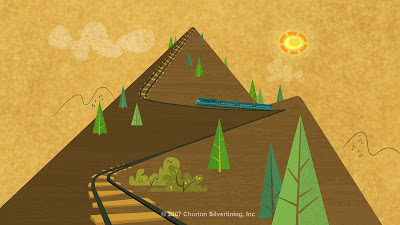 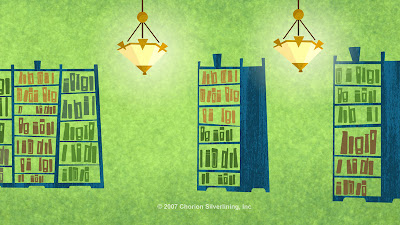 Posted by Joel Brinkerhoff at 7:36 AM 4 comments: