Maggie and Her Painting

I just received a lovely notice that Maggie MacLean is well pleased with her portrait and so is her owner Kevin. I'm so pleased they both are too. Kevin is a Disney animator now and has many screen credits under his belt. I first met him at the Will Vinton Studios where he was the youngest animator barely out of High school. Go Kevin, go Maggie! 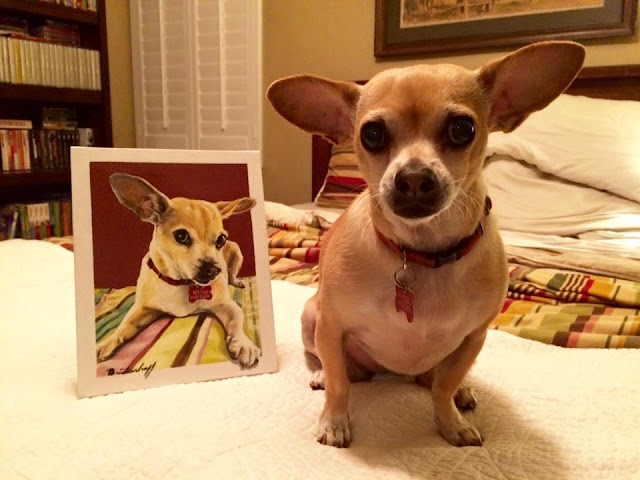 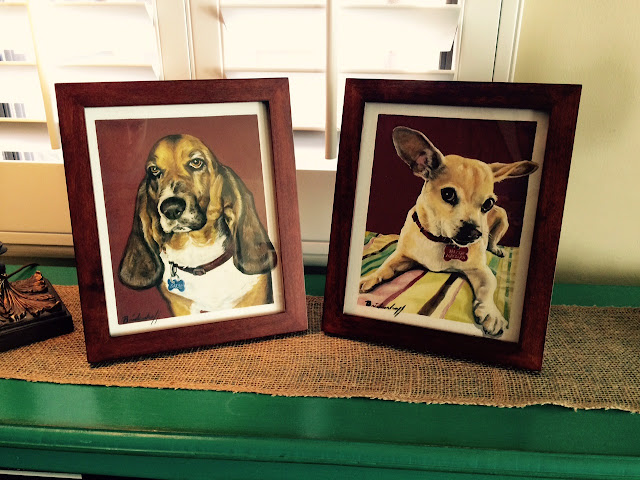 Posted by Joel Brinkerhoff at 6:41 AM No comments:

Yep, I'm doing oil portraits of our best friends.  My introductory prices are set low to grow the business so you may want to take advantage now before Christmas!

Working off of your favorite picture or photo session.  Prices based on one head, and 50% on each additional head. 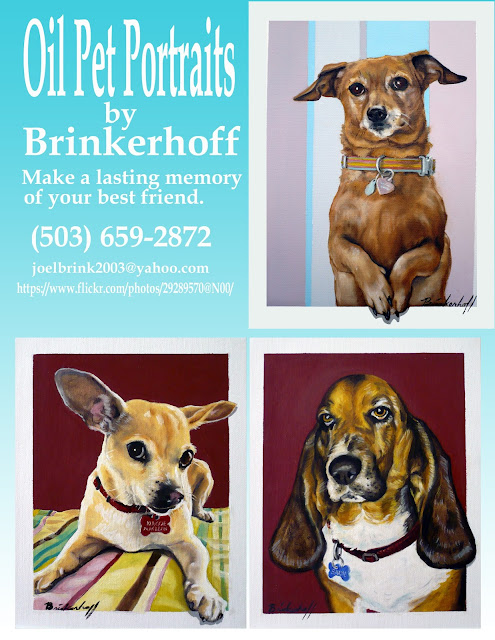 Posted by Joel Brinkerhoff at 9:56 AM No comments:

I’m not ashamed to say I’ve been around awhile, and I’m proud to say I’ve worked in animation professionally for most of that time.  I share a time period similar with legendary animator Eric Goldberg who has repeatedly said his influences were early television which used the best of theatrical shorts to fill it’s ravenous maw with screen time.   Every Hollywood studio had a shorts division, and specifically an animation studio, turning out on average, 12 seven-minute animated cartoons a year.  These cartoons were made by adults and aimed at a general audience who might find them equally as funny as the people who made them.

Television gave these old shorts a new audience, (they even played the silent cartoons with piano music added), and created a special arena for new cartoons made especially for this media.  Hanna Barbera, who incidentally gave us the wonderful, noisy, and hilarious original “Tom and Jerry” cartoons, made a reputation with their limited animation series and dominated the Saturday morning time slots, and even broke into prime time, with original material.

I was able to watch and learn from it all.  Now, I’ve been given a chance to do some limited animation myself.  The term once was a derogatory slur and called ‘Illustrated Radio’, because of it’s reliance on heavily dialogue driven scripts. Admittedly the over use of dialogue is still a problem with today’s animation, but I digress.

One technique, used to fill copious screen time with the least amount of animation, is the wide establishing scene, or a master shot.  From this wide perspective all the characters are shown, and then cuts to individual characters in close-up or isolated groups are used to bring focus to who ever is speaking and should be the center of our attention.  Cutting around this main group of people can bring life to a static stage setting and the reuse of mouth shapes and simple gestures used to fill minutes of screen time.

I used this "master shot' method  to pitch an idea for my New Bremen Town Musicians, or BTM to a studio I was working for at the time who wanted to look into web-animation.  Made in Flash before it was thought of as an animation platform, I did two master shots and cut around inside them.  Remember this was done  for a pitch session in-house and never meant to be seen by the public so the sound is awful but I wanted to show it could be done quickly.

I used the same technique for my talented friend, Jim Hardison.   Jim is the creator and writer for “The Helm”, a popular comic book published by Dark Horse.  Jim wanted to keep cost down, and we agreed on a kind of “Scooby Doo” approach.  This is what I came up with for him, ‘limited animation’, using one long panning background; the same recycled animation and a few camera cuts. 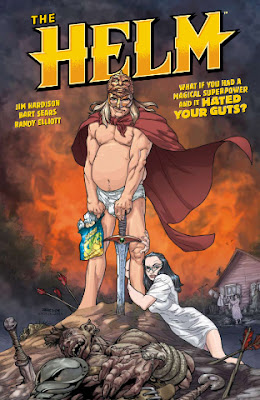 It was quite fun and a second one is waiting to have music scored for it.  I hope you enjoy it and you really should check out the comic book, which has some great artwork and very clever writing.

Posted by Joel Brinkerhoff at 2:05 PM No comments: