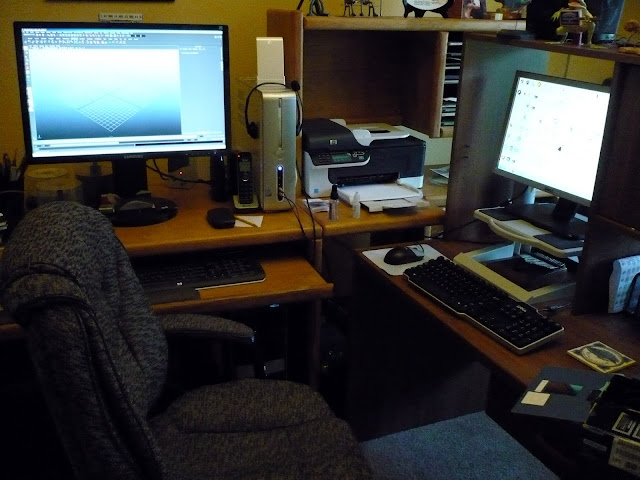 I've been blessed with some new hardware and software.  I'm running Maya 2013 and I've been using a demo version of 3D Studio Max 2014 which is pretty nice.

My work area allows me to use  everything from my chair.  Now I'm happily animating a fun project from the comfort of my home and getting paid for it!  Joy!
Posted by Joel Brinkerhoff at 3:34 PM 2 comments:

Well it finally happened.  Today we lost another pioneer of animation, Ray Harryhausen.  Without his contribution to stop motion we would have never grown up with the wonder and magic of his films.  He saw the media as a way of realizing classic mythology and combining supernatural creatures with live action.

His films crossed age barriers and generations appealing to both young and old.  His inspiration bred a new generation of artists in stop motion and computer animation.  We owe a tremendous debt to Mr. Harryhausen and I'm glad he saw some return of affection and appreciation by throngs of admiring fans before he passed.  Thanks for all the dreams and wonder, Ray. 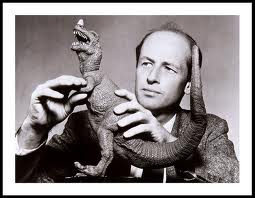 Posted by Joel Brinkerhoff at 11:47 AM No comments: