Acrylic & Oil Portrait in The Works 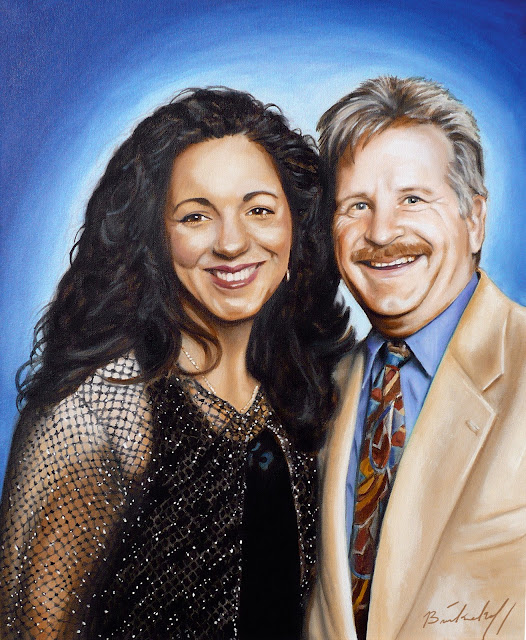 I've done my first acrylic painting (it's the flowers and hummingbird picture somewhere on this blog), and found it hard to get nice blends.  Other painters I know said you can paint over acrylic with oils, (but you can't go acrylic over oils!). This is my first painting where I struck it in with acrylics and then ended doing a finish in oils.

I'm liking the speed I could do the blocking in and most of the detail.  It's nice to know I can always jump in with oils over the top and will probably work this way from now on. There's more to do but I  think this is promising.


Posted by Joel Brinkerhoff at 7:28 PM No comments:

Posted by Joel Brinkerhoff at 9:54 AM No comments:

I found these images while surfing and the synchronicity made me want to put them together. The overall impression I get is a magnetic attraction of everything to a force and the impulse to give thanks. Happy Thanksgiving everyone!

I did this awhile ago but my work-space has been ergonomically improved by Velcroing the keyboard onto my riser holding the mini-Cintiq. No more weird twisting. Here's a side by side picture for comparison.
Posted by Joel Brinkerhoff at 8:25 AM No comments: 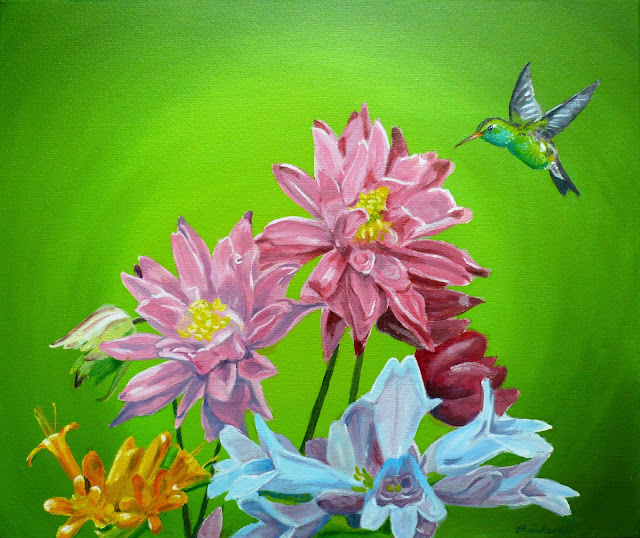 I've expressed my frustration with the drying time oil paints take, and many fellow painters recommend acrylics.  If you paint, you know the expense involved. You really should keep your brushes separate for each media and not cross over from water color to oils, or oils to acrylics.  I already have an extensive oils set and didn't want to buy something I may not use.  Fortunately I was blessed with acrylic supplies by a friend who was giving up painting.  Now I had no excuse and did this painting for my daughter.

I need to do more to really get a technique down and do better blends.  I may have to do a finished past over the top in oils to get what I want, but this is a start.

Posted by Joel Brinkerhoff at 8:03 AM No comments: 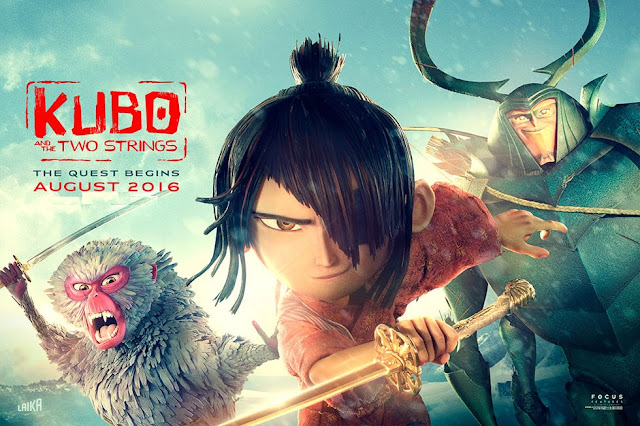 Kudos to Laika and “Kubo and the Two Strings”.
Posted by Joel Brinkerhoff at 9:17 AM No comments:


I just received word that the 14"X11" double portrait arrived safely and also a picture of it framed.  Nice choice!
Posted by Joel Brinkerhoff at 9:56 AM No comments:

I'm just about done with this 14"x11" commissioned oil painting.  It's been a challenge not only because of the small size, but also because the source photo given to me for reference was aged and color faded.  The client is happy with the likenesses so now I can finish this up soon!

I was asked to do a music video that featured heavy metal music.  I've stopped foaming at the mouth but my ears are still bleeding.

Posted by Joel Brinkerhoff at 6:52 AM No comments:

I had the pleasure of restoring an old photo for a friend.  His wife only had this one picture of herself as a teen and it was badly damaged.  This was kind of a tricky restoration because of the back lighting wanting to turn her face into a dark puddle, but my friend was happy with the results, so yahoo.

Posted by Joel Brinkerhoff at 11:44 AM No comments:

While my children were growing up, I came across the book "The Boy Who Could Sing Pictures" by Seymour Leichman.  I thought it would make a wonderful animated film and pitched the idea to the studio I was working for at the time.  It's a simple story of a kingdom lead by an inattentive ruler who is kept in the dark by his advisers. The overall atmosphere and mood are excellently captured by the illustrations and I wanted to keep the anthropomorphic sadness the architecture of the peasant township intact.   There are some changes I think would make the story stronger and more dramatic but I still think the book would make a magical animated musical.

Here are my interpretations of the kings advisers Pomp and Circumstance.

Posted by Joel Brinkerhoff at 9:57 AM No comments:

Here's my composite picture called "Home Grown" I did in 3D using vintage photos.  There's a free-view, version where you cross your eyes and focus on the image that forms in the middle.  I've also made an anaglyph version for those with 3D glasses.

You can click on the images to make them bigger. 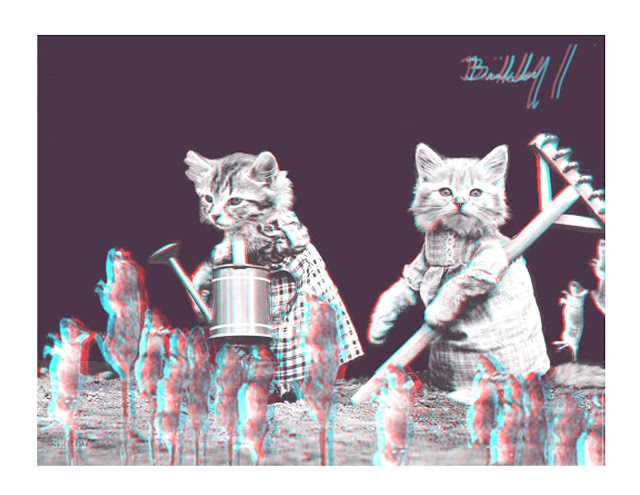 Happy New Year!
Posted by Joel Brinkerhoff at 10:21 AM No comments: