Well, life is full of surprises and I ran across one quite unexpectedly.  While telling a friend about "Pet Sounds", a revolutionary record by Brian Wilson of The Beach Boys which inspired the Beatles to do  Sgt. Pepper's Lonely Hearts Club Band, I saw this video clip on YouTube.  What leaped out at me was the black & white image of the recording session showing an upside down logo on a piano.  It looked familiar to me, and flipping the image confirmed that it was in fact a Brinkerhoff piano Brian was playing.

I've mentioned in an earlier post called "Self Indulgence" about the impact the Brinkerhoff clan has made from barbed wire, to pianos.  And now we can claim inspiration for the classic "Wouldn't it be Nice" if we stretch the fabric of logic far enough.

I wonder if I'm entitled to any royalties? 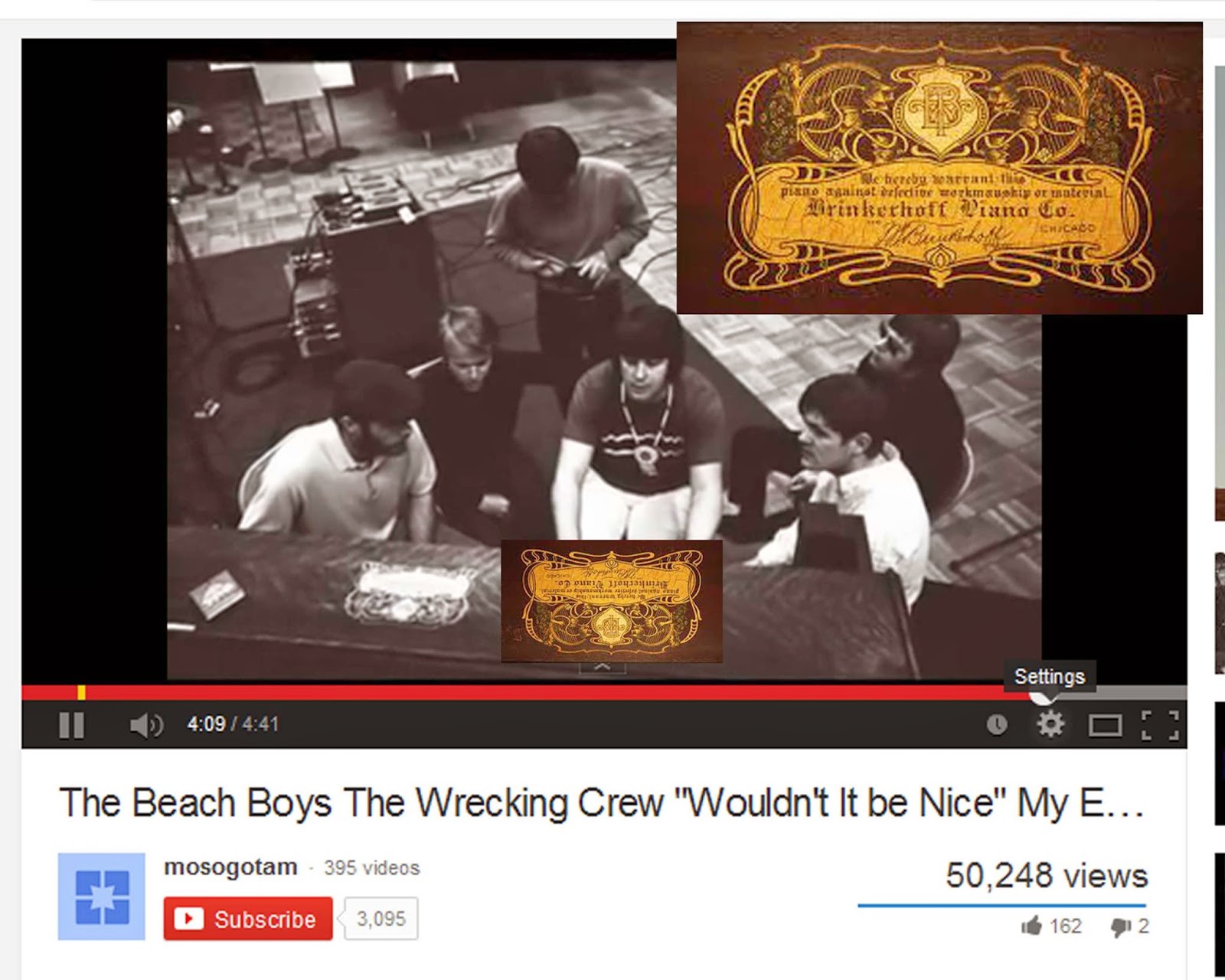 Here's a new painting of a great couple who have become family.  This is a 20 x 24 inch canvas, the largest I've done to date. 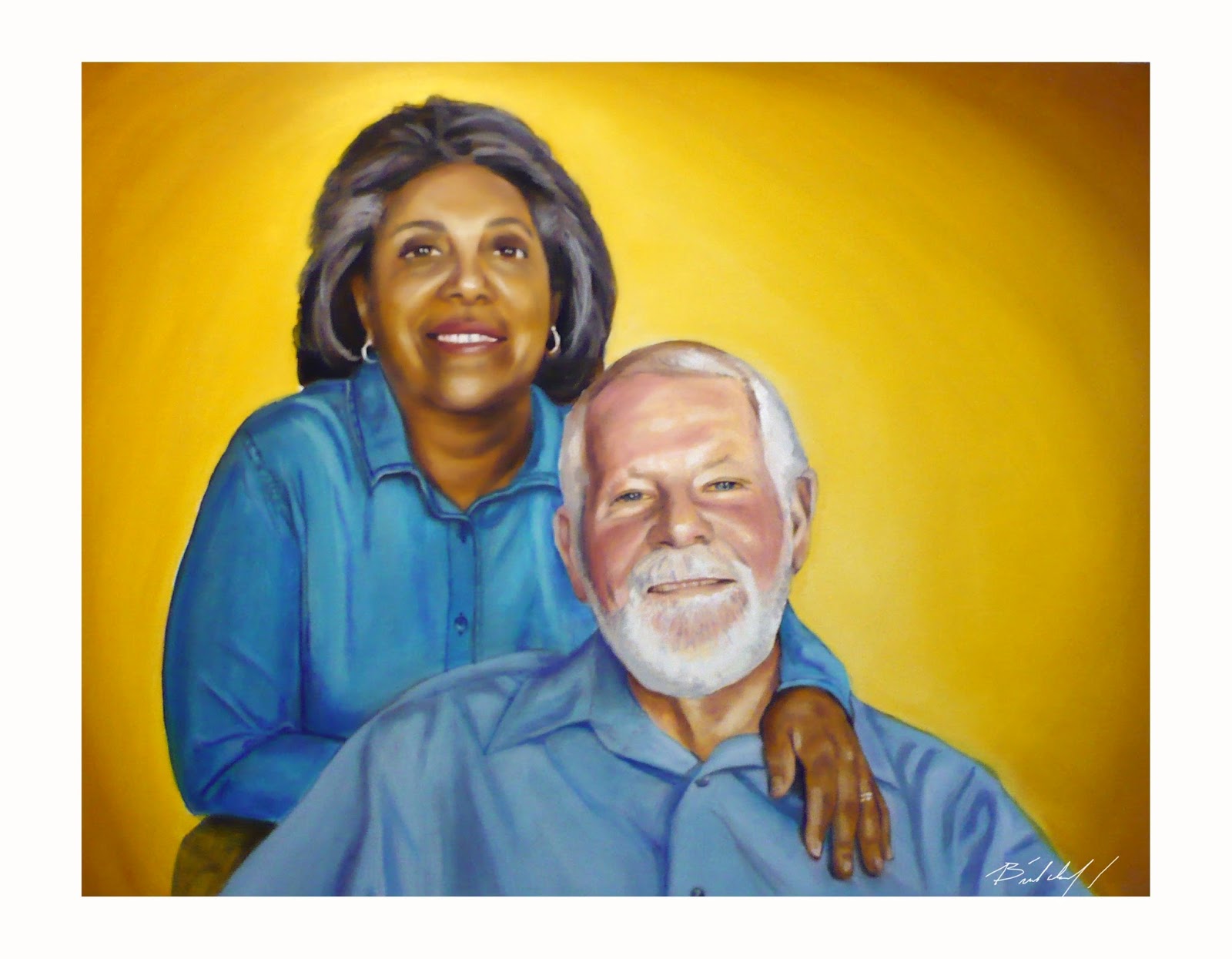 Posted by Joel Brinkerhoff at 4:42 PM No comments: