Mark Kennedy has a great post at his blog Temple of the Seven Camels about the opening scene of Orson Welles's "Touch of Evil". This shot is most famous for being the longest single take but Mark gives good insight as to why the decision was made to shoot it this way. Part of that article is below. The whole article can be found by clicking on the title or going here:http://sevencamels.blogspot.com/

This is the scene the way Welles wanted it without title and credits superimposed over it.

If you picture in your mind this scene full of different shots cut together, you'll realize that if it were assembled that way, you would quickly lose track of which car was the one with the bomb in it. Even if you only showed one car the whole time, I still think that if you did it all in cuts it would be confusing and not nearly as powerful. You would never be sure if, after a cut, you were looking at the same car as the one that we saw at the opening. When it's all one shot, you never lose track of where the car is in relation to the camera and our characters. You never have the audience getting distracted by trying to figure out which car is the one we're supposed to be following. The viewer can therefore focus on the characters and the story being told.
Posted by Joel Brinkerhoff at 11:29 AM 2 comments: 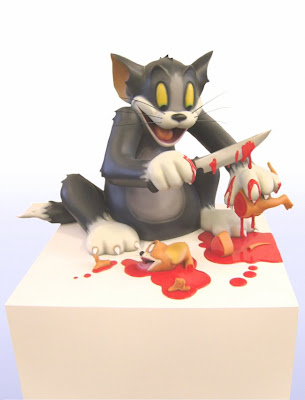 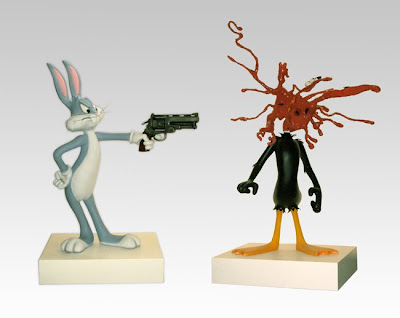 Got more dough than you know what to do with? Why not buy these nifty art pieces from The Aquarium Cartoon Art Gift Shop? Sculptures by James Cauty.
Posted by Joel Brinkerhoff at 10:49 AM No comments:

Another stereoscopic free-view style painting. Click on image to enlarge.
Posted by Joel Brinkerhoff at 5:14 PM No comments:

Artist Hyungkoo Lee has made these cool bone structure sculptures of famous cartoon characters out of aluminum and resin. 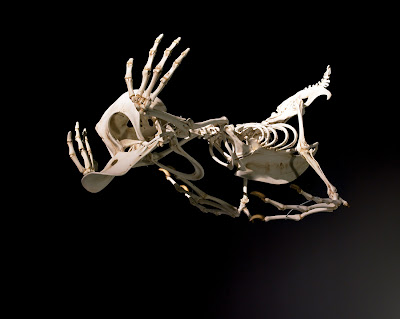 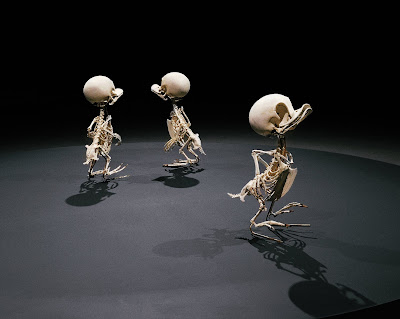 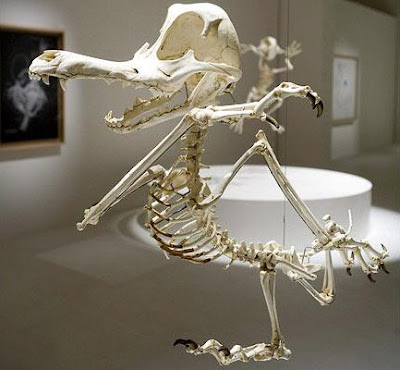 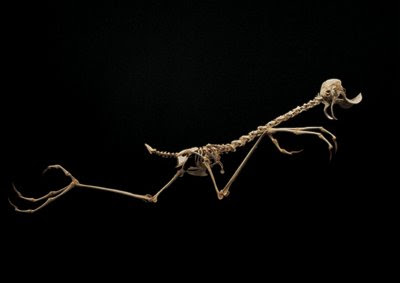 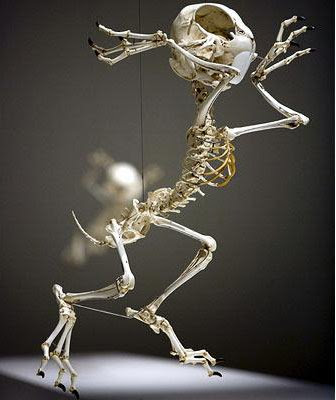 Bugs Bunny
Posted by Joel Brinkerhoff at 11:18 AM No comments: