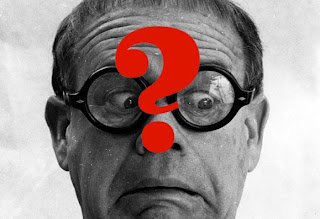 Above is a link to an article on Cartoon Brew talking about the difficulty author Amid Amidi is having with Disney not signing off on his book "Full Steam Ahead!", the biography of animator/director Ward Kimball.

There have been other books about the Disney staff that somehow reached print even though the individuals were depicted warts and all, so I don't know why Ward is being scrutinized and sanitized.

I was given a unique opportunity to spent two weeks with Ward and Betty Kimball back in 79.  While there Ward managed to introduce us, (I was with two other workmates), to Frank Thomas and Ollie Johnston while they were busily compiling material for their book "The Illusion of Life".  I was struck by the contrast between these gracious soft spoken gentlemen who behaved like loving grandfathers and Ward who wore a head band and implied he smoked weed when we were first introduced.

I was taken aback by much of Wards honesty and surprised by Betty's tolerance of Wards vulgar humor, (Someone had sent him a toy train to 'personalize'.  He said he was going to cut it in half and put a condom in it.)  Now you don't expect that from a Disney artist and truth be told I don't think he saw himself as that.

It's widely known that Walt Disney thought of Ward as a genius.  Ward had established himself as a successful musician and bandleader recording 13 Dixieland albums with his band The Firehouse Five Plus Two, (Frank Thomas played piano), and authored two books.  He was open minded and interested in almost everything including UFOs.

I came away from my visit with admiration and awe.  Here was a man who deeply enjoyed life and had the confidence and self security to tackle and conquer many disciplines and yet was raw and unpretentious, willing to deflate and cut through social mores and expose the humanity.  I made a vow to try and enjoy life and have as much fun as Ward.

I really want to know what made this man tick and I haven't looked forward to a book like this since "The Illusion of Life" which was a two year wait.  I hope "Full Steam Ahead!" doesn't turn into another multiple years wait.  I've already pre-paid for it when it was first announced.

Update:  Well, Disney has won and Chronicle has killed the book.  Amid assures us the book will be printed but for those who prepaid outside of Amazon, like me, the task will be more complicated.  Personally I won't be prepaying on any books before they hit the stores again.
Posted by Joel Brinkerhoff at 10:52 AM