Margaret Keane, of all things.

Sometimes real life is stranger than fiction, and Tim Burton is making another movie based on one of these stories.  The first, was the fairly accurate historically and visually, "Ed Wood", about Hollywood's worse filmmaker, Edward D. Wood Jr.

Now, comes "Big Eyes", the improbable but true story of those god awful pictures that were immensely popular when I was growing up.  Passed off as the work of Walter Keane, these kitschy, garish, sentimental paintings of sad children with abnormally big eyes, were actually the work of his wife, Margaret.  She was locked in a room and made to paint, from dawn to dusk, in order to fill all the orders from adoring collectors.

I won't give anymore away, but I will say I've always found these paintings rather feminine, concluding that Walter was Gay.  Now, I know he just knew a good thing when he saw it, and wanted to ride that 'gravy train'.

I wouldn't mind a piece of that action so I'm reviving the Big Eye craze with this offering. 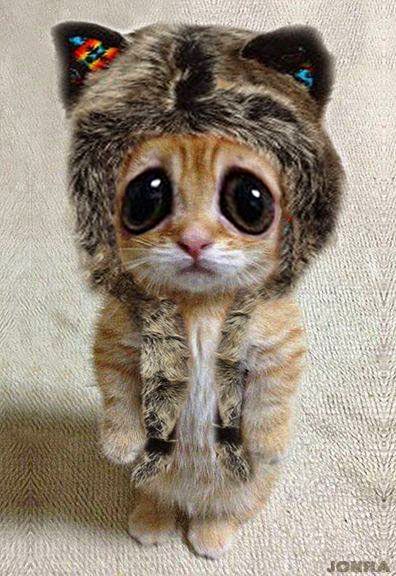 Posted by Joel Brinkerhoff at 3:44 PM