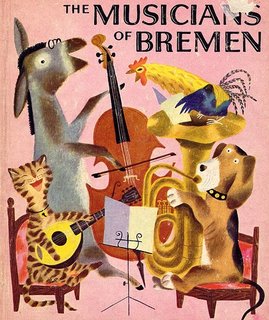 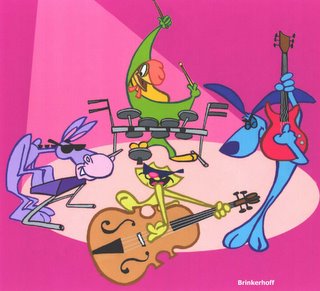 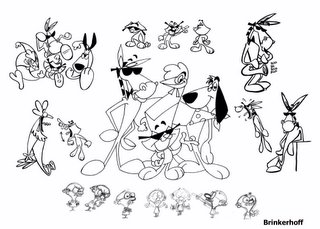 Here are some character designs for a pilot idea I had. Apparently not too many people are familiar with the old German folk tale The Bremen Town Musicians. I wanted to do The New Bremen Town Musicians or BTM. The idea was for these guys to try and form a band. But for some reason their vocal harmonies create frequencies that recompose matter. It’s physics, it’s fun. Anyway the frequencies are picked up by Dr. Smartnik and he beams them aboard his observation satellite and tried to write music for them that will produce dependable results forcing them into reluctant superheroes. Silly but I’ve seen worse.
Posted by Joel Brinkerhoff at 5:36 PM